We made the News! 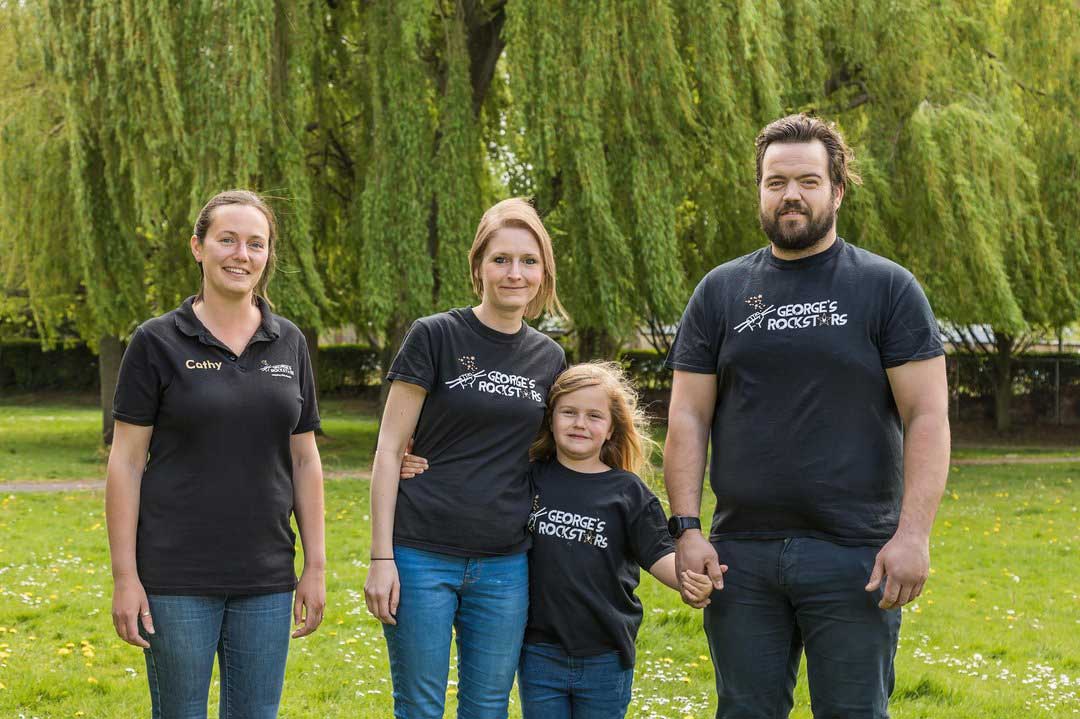 A massive thank you to the News for front page coverage of our music therapy sessions at QA children’s department. George would love his photo being in the paper again. A legacy he more than deserves!

You can read the full article over on the News website, or here’s a copy of what reporter Emily Jessica Turner wrote. Photo by Mike Cooter.

Music therapy is now helping children in hospital thanks to the fundraising work of a charity set up in memory of a six-year-old boy who died of leukaemia.

George was passionate about music, and his parents have been raising funds to bring music therapy to children like him in Queen Alexandra and Southampton General hospitals, two places where George had treatment.

Mum Amy, who works for the NHS, said: ‘George had music therapy at hospital and it was the highlight of his week, it really picked up his spirits.

‘QA didn’t have something like that, and we want to bring something positive for the kids on the ward to enjoy.’

To raise the necessary funds, the charity has hosted a number of different events, including Christmas fairs, a gig for George’s birthday, an online gig hosted on Facebook, sponsored runs, cake sales, a Spinnaker Tower abseil, the Rock Steady music school, and a Christmas tree collection service.

They have now hit their first target, and music therapy was able to commence at QA’s paediatric department on April 20.

After interviewing music therapist Cathy Birch last summer and deciding that she was the perfect fit for the role, Amy and Craig hoped to start providing music therapy last September but was delayed due to the coronavirus pandemic.

Cathy has now completed her first few Covid-secure sessions in QA with some of the youngest patients.

She said: ‘I’ve now had two days in the hospital, it’s been very busy doing sessions with the ward in-patients, children preparing for surgery, and those in the assessment unit.

‘I’ve had really positive feedback, people have been saying that it’s unusual and not what they expected.’

One patient who enjoyed his music session with Cathy was three-year-old Theo Bickley-Vaile from Portsmouth, who has leukaemia.

His mother Sam said: ‘I think it is great. Theo is such an active and inquisitive child and he has really enjoyed playing with the different instruments and just doing things that he would do at home like any other child.’

Cathy added: ‘It is amazing to be able to bring such joy to these patients and their families at what can be a really difficult time.

‘It can also help some of the younger ones to express feelings they may not be able to communicate and that is really important as well.

‘The paediatric team have been so welcoming and enthusiastic, and I think it brings them joy as well to see their patients happy.’

Those who think music therapy might help their child or their family can speak to a member of their child’s hospital ward or speak with Cathy.

Amy Haywood, paediatric staff nurse, said: ‘Lots of our patients and their families are in quite regularly so having the music therapy sessions means they can have a positive memory from their time here.

‘It is also so nice for us staff to hear the music and see our patients having some fun.’

George’s Rockstars will continue to raise funds for the music therapy by holding events in line with government guidelines, and by applying for grants.

Amy added: ‘All the money goes to the music therapy.

‘The thing we’re most excited about, the reason we’re doing all this, is to make the children smile.

‘George had four years of cancer treatment, and a lot of children we met along the way were in similar situations where he didn’t get to do the things that children should get to do.

‘We want to make their time in hospital better, and make them smile.’

You have Successfully Subscribed!